Hong Kong's Irfan Ahmed and Nadeem Ahmed have been banned from cricket for life after the ICC found them guilty of trying to corrupt several matches, including those played during the 2016 World T20.

The Ahmeds are brothers. Their team-mate Haseeb Amjad was penalised for spot-fixing and is out for five years. Considering all three of them were provisionally suspended on October 8, 2018, Amjad can potentially return in 2023.

Irfan, 29, was an opening batsman. Nadeem, 31, was a left-arm spinner and Amjad, 31, is a seam bowler. They were all charged by the ICC two years ago for "fixing" or trying to "influence" the result or progress of a match. Since they were all "experienced" cricketers who had attended anti-corruption briefings and still chose to engage in these activities, the ICC came down hard on them.

"This has been a long and complex investigation which has uncovered systematic attempts to influence moments in matches by experienced international cricketers over a period of time," Alex Marshall, ICC General Manager (Anti-Corruption Unit), said. "Their conduct was premeditated and sophisticated and each of the Ahmed brothers sought to corrupt others.

"The main offences relate to the Hong Kong matches against Scotland and Canada [during the World Cup Qualifiers in 2014] where the players fixed specific overs. These matches were won by Hong Kong so it did not materially affect the results of the tournament, however I cannot reiterate strongly enough to any player considering this that we treat any form of fixing - spot or match - with the upmost seriousness."

Irfan was charged with nine breaches of the ICC's anti-corruption code, including seeking, offering, accepting or agreeing to a bribe or reward to influence Hong Kong's match against Zimbabwe in the 2014 World T20. Both he and Nadeem were charged for a similar offence in the 2016 World T20 as well.

The ICC's order, signed by Michael Beloff QC, read, "Both brothers appear to have made significant sums from their corrupt conduct. For example, the WhatsApp messages suggest that Irfan Ahmed was to be paid '20k' for a session, and that a windfall would arise from Hong Kong's qualification for the ICC World Twenty20." The tribunal also found evidence that the brothers "seemed to be living beyond their means... they are both paid around HK$11,000 per month by the Cricket board'" and concluded that "neither has to date shown any remorse for their conduct".

Amjad was found guilty of a "spot-fix he carried out" against Canada in 2014. The order said "it involved him conceding a very significant number of runs, early in the match, and therefore the outcome of the match could foreseeably have turned on the spot-fix."

The tribunal could not find any mitigating factors in the case of Irfan, who had previously been suspended for two and a half years after he admitted to the ICC that he had breached the anti-corruption code. And although it noted that it knew of no prior offences committed by the other two, "in respect of Nadeem Ahmed in particular, the ICC submits, and the Tribunal further accepts, that that mitigating factor should be given no weight, or no effective weight, given the overall seriousness of his offending". 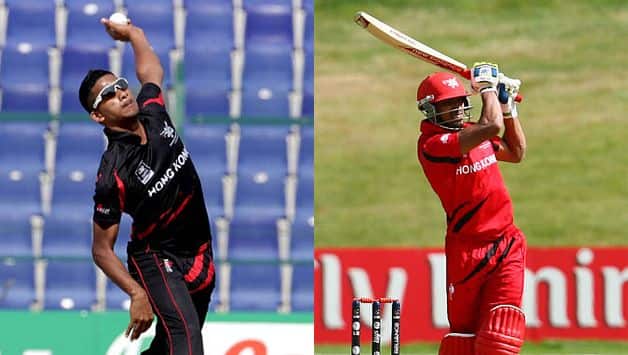 Last modified on Thursday, 29 August 2019 10:10
More in this category: « Twenty20 Captaincy to Malinga! Mathews’s latest decision »
back to top

No exact date on when AstraZeneca will arrive