Customs spokesman Dharmasena Kahandawa told 'The Hindu' that the products, with images of the Buddha printed on them, were “offensive to religious sentiments” of Buddhists and had to be impounded.

The seized products were part of a trans-shipment consignment that originated in Tuticorin and was headed to Slovenia, the customs official said.

There were 904 cartons, with sets of aprons, gloves and other kitchen fabric with the image of the Buddha. “Selling such products with the picture of Lord Buddha, or of any other god for that matter, would hurt sentiments of people practising that religion,” Kahandawa said.

Buddhists account for nearly 70 per cent of Sri Lanka’s 20 million-population.

The country’s Constitution accords a special place for Buddhism and senior political leaders have emphasised that the country’s new Constitution — being drafted currently — would also give Buddhism the foremost place, evoking concern among sections pushing for a secular Constitution.

In the past, there have been instances of authorities taking action for perceived irreverence towards the Buddha. Two years ago, Sri Lanka deported a British nurse because she had a Buddha tattooed on her right arm. In 2004, Sri Lanka reportedly got international lingerie manufacturer Victoria’s Secret to withdraw Buddha-print lingerie. 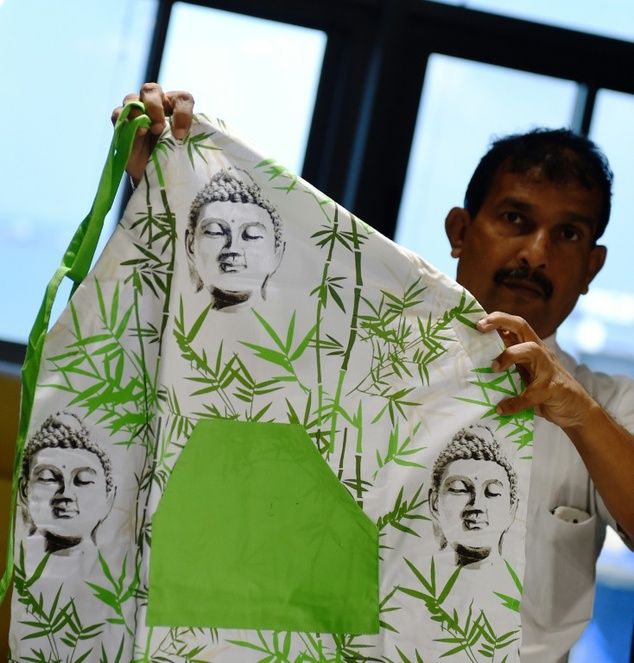 More in this category: « Large metal object appears at Kaludaaweli beach Delays in upcountry railway line »
back to top