A Sri Lanka court issued an international arrest warrant against a journalist in exile soon after he was threatened with Interpol action by the country's justice minister. 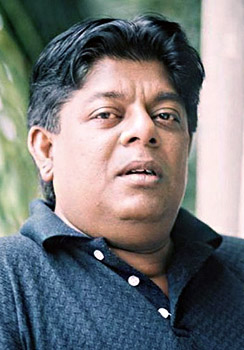 Former Deputy Mayor of Sri Jayawardenapura Kotte Municipal Council Madura Vithanage complained to court on Wednesday (23) that an allegedly defamatory series of articles against Sri Lanka judges was published on the 'Lankaenews' website and on its social media.

Few days before the Gampaha Magistrate issuing the Interpol warrant, in an angry outburst Justice Minister Wijayadasa Rajapakshe told parliament that Interpol assistance will be sought to arrest Sandaruwan Senadheera for contempt of court.

Gampaha is also the electorate of Minister Rajapakshe.

The judge who issued the Interpol warrant has also being defamed by  Lankaenews claims the petitioner.

A bitter critic of the judiciary, Lankaenews recently reported that a judge visited a politician in jail under a death sentence.

The judge Ayesha Abdeen has stepped down following the exposure. 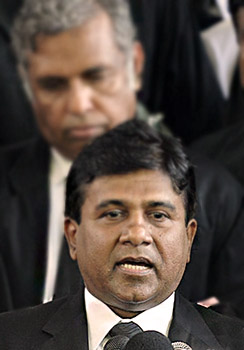 The politician, Duminda Silva a close associate of former Defence Secretary Gotabhaya Rajapaksa is in prison convicted of the murder of rival politician Bharatha Laxman Premachandra in 2011.

PC Warnakulasuriya had been earlier accused by ‘Lankaenews’ of misusing public funds when he was the Sri Lankan ambassador in Italy.

The release came after President Maithripala Sirisena expressed his strong displeasure and condemnation over ‘hauling’ military commanders who served in the war before court.

Lankaenews founder editor Sandaruwan Senadheera had to flee Sri Lanka in 2010 following a series of attacks including arson on his office during the deposed Mahinda Rajapaksa regime.