Who is the doctor who took Piumi her clothes? Featured

It is reported that a doctor had brought Piumi Hansamali her clothes after she was sent to be quarantined at the Passara Quarantine Centre.

Piumi and others had flouted quarantine laws by attending a birthday party of stylist Chandimal Jayasinghe at the Shangri-la hotel in Colombo and were quarantined after being released on bail.

It is also said that the aforementioned doctor had been wed recently at the Shangri-la hotel, while travel restrictions were already in place. Reports also say that Chandimal was the stylist of the event.

In an Instagram story, Piumi had thanked the doctor and his wife for travelling so far to bring her bag of clothes.

As the story raised curiosities again, Piumi had come Live on Facebook again, stating that the aforementioned doctor was not a son of a minister.

Regardless of who he is, charges have been leveled that this doctor too had flouted islandwide travel restrictions in place, which forbids all non essential travel. 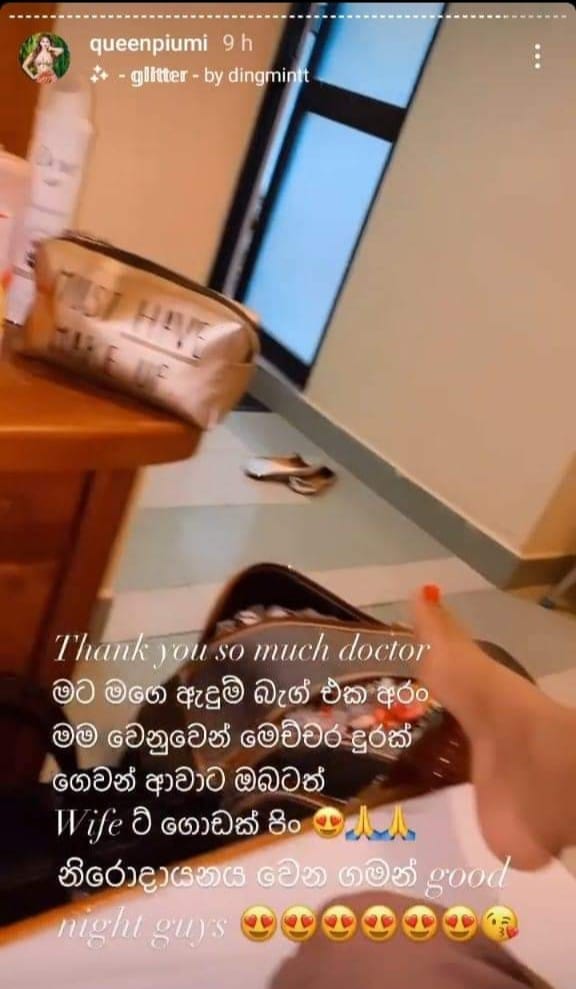 Tweet
Last modified on Saturday, 05 June 2021 16:52
More in this category: « ‘Vehicles will likely be imported in near future’ Today is World Environment Day »
back to top

No Information on dead turtles until litigation commences