American hurdler Grant Holloway has broken the 27-year-old world record in the 60m hurdles after running 7.29 seconds in the World Indoor Tour meeting in Madrid.

The outdoor 110m hurdles world champion, who ran a personal-best 7.32 seconds in Liévin, France, earlier this month, bettered Colin Jackson's mark from 1994 in the final.

There was some confusion as the 23-year-old was given a time of 7.32 as he crossed the line in the final in Madrid, and he looked somewhat disappointed at apparently having missed out on the record.

However, the time was corrected down to 7.29, with a confused Holloway being informed of his achievement by a photographer before he began celebrating.

"They lied to me, they said it was 7.32 at first," Holloway said jokingly to Spanish television after his race. He added that Spain's injured Olympic silver medallist Orlando Ortega had sent him words of encouragement before the meet.

The record is subject to World Athletics' normal ratification processes.

(Except for the headline, this story, originally published by olympicchannel.com has not been edited by SLM staff) 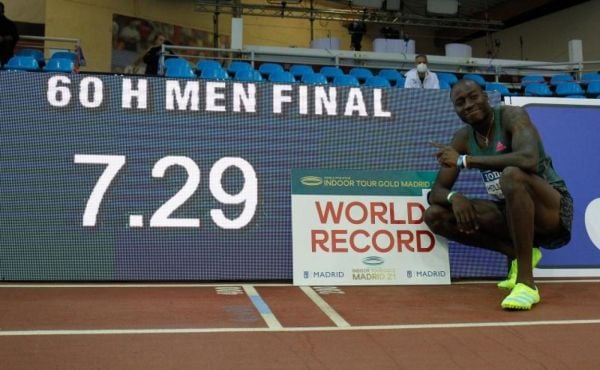 Probe on national cricketer who harassed girl while drunk

Suspects of police narcotic case remanded till May 03