The Google-owned service has prevented his account from uploading new videos or live-streaming material for a minimum of seven days, and has said it may extend the period.

The firm said the channel had broken its rules over the incitement of violence.

The president had posted several videos on Tuesday night, some of which remain online.

Google has not provided details of what Mr Trump said in the video it banned, however the BBC has discovered it was a clip from a press conference he had given on Tuesday.

The move came hours after civil rights groups had threatened to organise an ads boycott against YouTube.

Mr Trump had already been suspended by Facebook and Instagram following last week's rioting on Capitol Hill, until at least the transition of power to Joe Biden on 20 January.

Twitter has gone further by imposing a permanent ban.

Shopify, Pinterest, TikTok and Reddit have also taken steps to restrict content associated with the president and his calls for the results of the US election to be challenged. 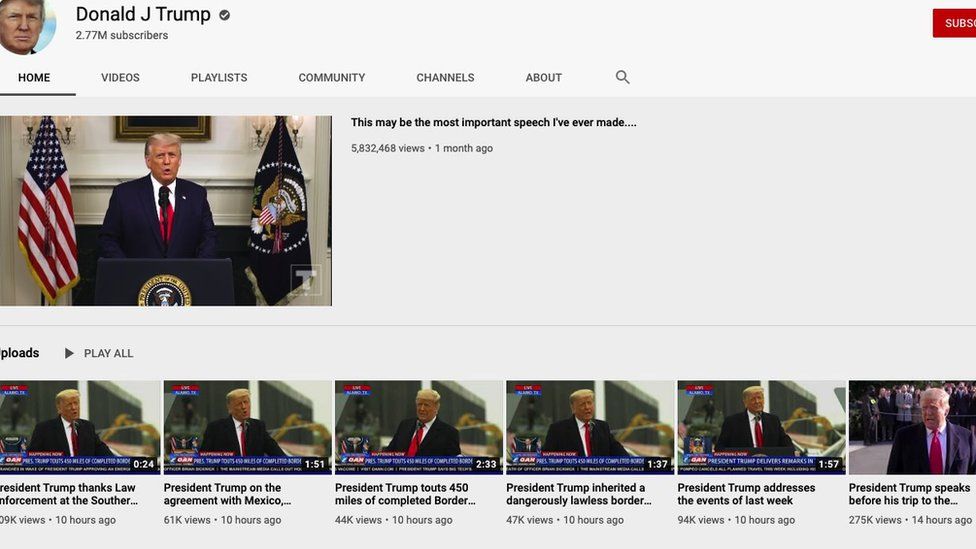 Last modified on Friday, 15 January 2021 01:32
More in this category: « Black boxes of crashed Indonesian flight found Trump impeached for 'inciting' US Capitol riot »
back to top

Ukraine protests its tourists are blocked in hotels

Firm action taken against 'rice mafia' during this 'Maha' season