There are a lot of rumours about children's horror author RL Stine.

That he's dead (not true), that he's actually a collection of writers working under one name (also not true), and that he was once writing a new book every week.

Now aged 77, the man behind series such as Goosebumps, Give Yourself Goosebumps, Fear Street and Point Horror says even he's lost count of exactly how many books he's written.

He's also not sure how many copies they've sold - if you trust Wikipedia, it's more than 400 million, but, according to the man himself, "that's got to be a made up number - who counted that?"

Stine does, though, have a warning for anyone planning to watch a new Netflix trilogy based on his work: "My books were PG-rated. These movies are definitely not." 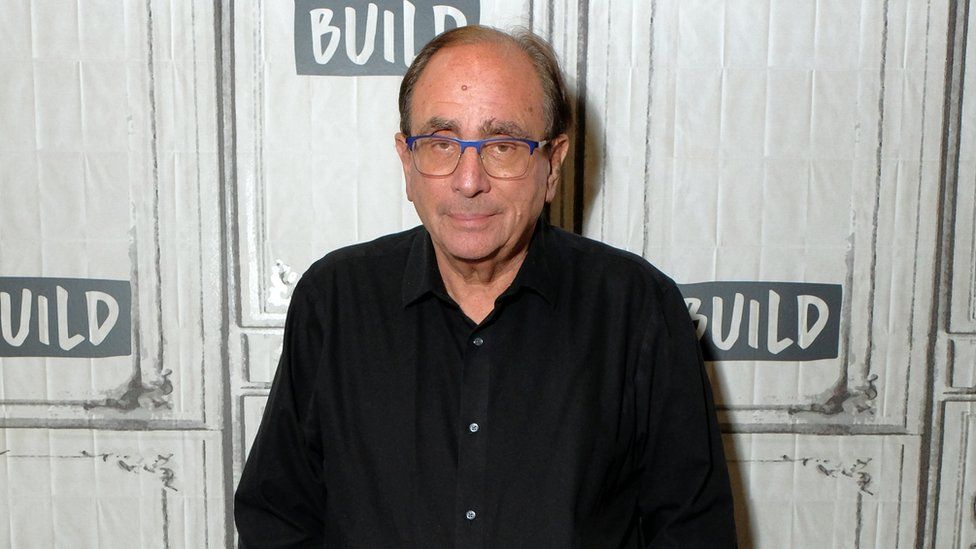 Netflix's Fear Street Trilogy is made up of three slasher movies set in three different time periods. It's being released over the course of three weeks, with the first film out now.

Stine says it was a "shock" seeing his work being adapted for a grown-up audience, but the actual content didn't give him the shivers.

"I don't get scared from horror movies," he says.

"There's something missing in my brain. I just find horror very funny." 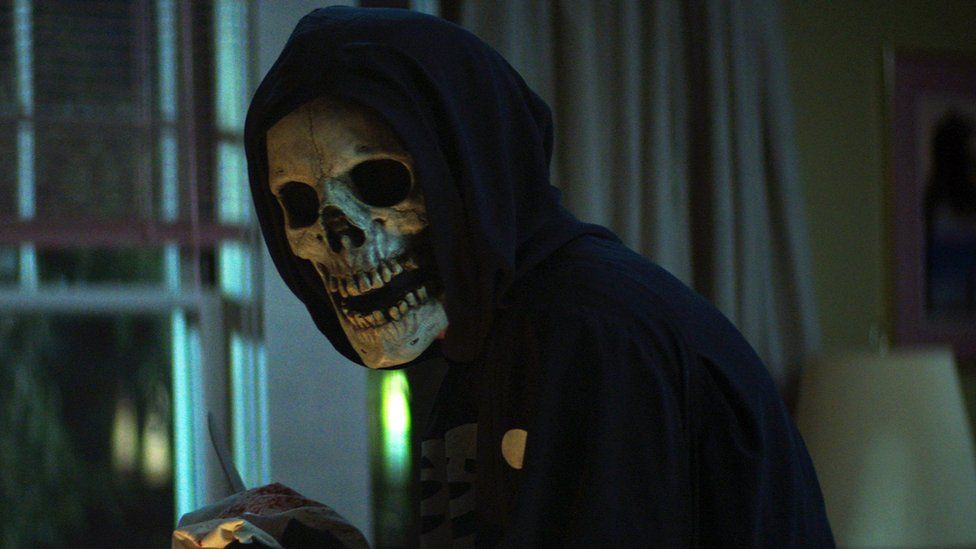 We don't want to encourage stereotyping, but we've got a feeling this chap might be one of the bad guys

With the Goosebumps series turning 30 this year, it's hard to argue with the impact he's had on the horror genre - and he's just signed up to write six more books.

"Back in the day I was writing a Goosebumps and a Fear Street book every month.

"I'd been writing for 20 years and no-one had noticed - and then to suddenly have that kind of success was exhilarating. It just kept me going. 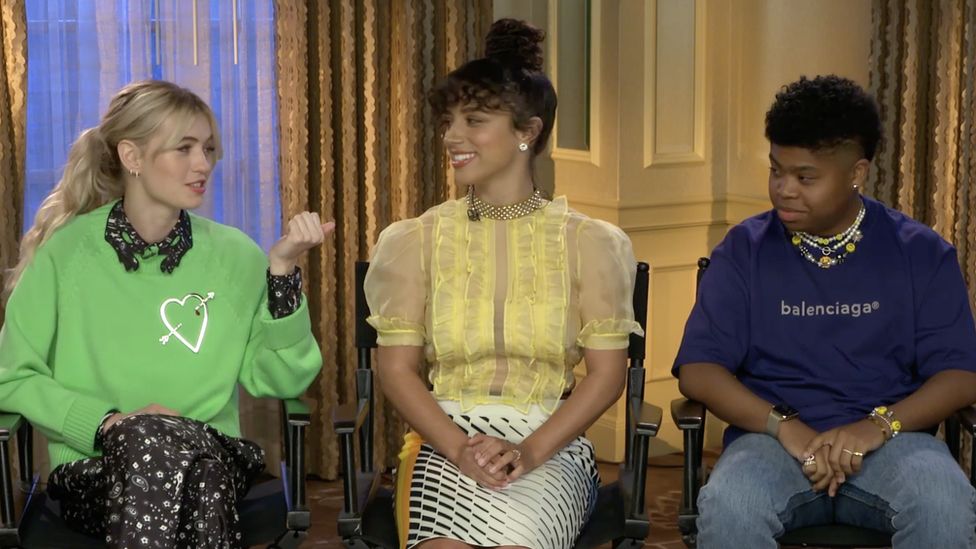 Olivia Welch, Kiana Madeira and Benjamin Flores Jr all read the books as kids and now they're starring in the trilogy

It's perhaps no surprise that Stine has fans among the Fear Street cast.

"Getting the part just felt so iconic and special," says Kiana Madeira, who plays Deena.

"He came to set and I got to meet him, it was amazing."

"We all cared about the source material so much," adds Olivia Welch, who plays Sam.

"I felt like we were the right group of people to take it on, and I think he felt that too." 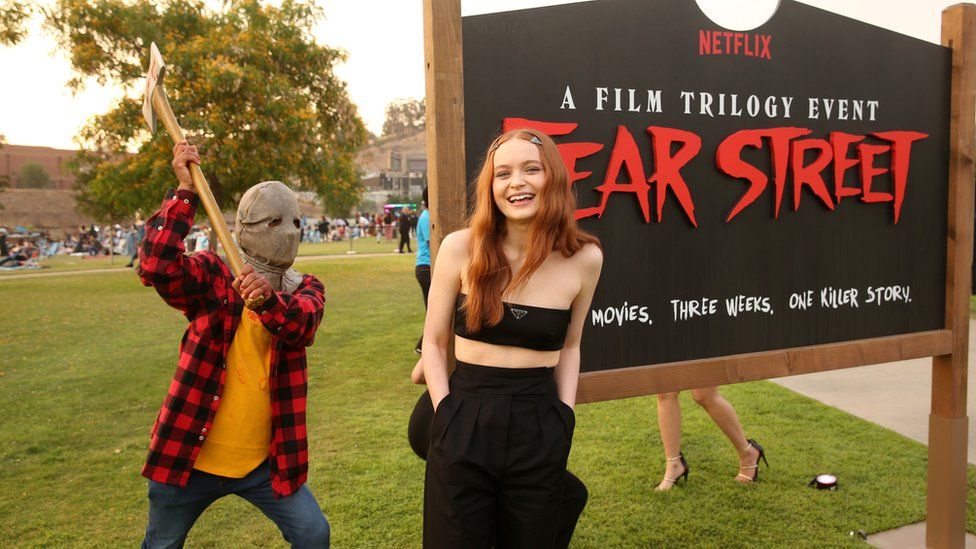 Stranger Things star Sadie Sink appears in the second film in the trilogy - here she is at the premiere, immediately regretting making friends with a woodcutter

Netflix will likely be keeping a very close eye on how Fear Street goes down - because, with so much RL Stine source material to go off, the potential for spin-offs is massive.

Another of the trilogy's stars, Sadie Sink, made her name on the wildly popular show Stranger Things - so she knows how important it can be to build up a buzz around something.

"The idea of having the movies come out back to back a week apart I think is really exciting, especially because we're all so accustomed to binge watching everything," she says.

"Knowing you're part of bringing something to life that people hold so close to their heart is really exciting."

Last modified on Thursday, 08 July 2021 13:03
More in this category: « How The Great Nephew Of A Former Prime Minister Created Luxury Villas In Sri Lanka A dynamic duo »
back to top