Cricket will come out stronger against Covid-19 - Mickey Arthur

Head coach of the Sri Lanka cricket team Mickey Arthur believes that cricket will come out of the current Covid-19 pandemic stronger.

In a Q&A conducted by the Sri Lanka Cricket media unit, Arthur said, “It really is a very unfortunate state of affairs around the world with the world in total lockdown now and all sports and most business coming to a standstill.

I think firstly it is important to acknowledge the plight of the general population during this very unfortunate time and my thoughts go to all the people and families affected by this pandemic! Cricket as most sports are in a pause phase and will come out of this stronger.”

Excerpts of the interview:

How best you and the coaching team is utilizing this time, which the players are totally home based and off the field?

We are using this time to reflect on the first 3 months of our tenure and recalibrate our individual and team plans going forward to the very important series that we have coming up later in the year.

We have been very happy with the improvement and willingness from the players to buy into the structure, work ethic, levels of preparation and goals that we have set the team in all formats. 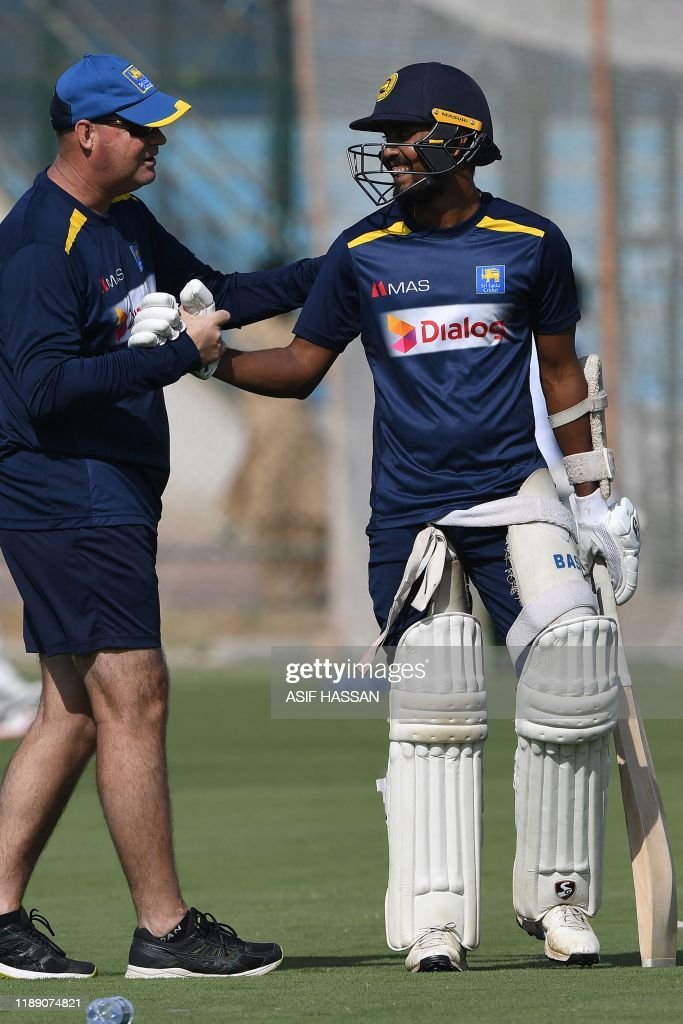 What plans have you already given to the players, in terms of keeping them fit, game ready and mentally prepared?

The players all have individual fitness plans to keep them up to speed with their levels of fitness, these plans are tailored to the facilities that each player has at his disposal at home to maintain the expected fitness levels. Our trainers Dishan Fonseka and Paul Khoury have been very proactive in working out the programs with each individual.

I have been sending out exercises to each player as well based on the player reflecting and then sharing with me strengths and weaknesses of their games.

These reflections are mental, physical and technical. This allows us as coaches to then add this to the player plans that we have constructed for each player.

How do you monitor, give feedback and assess the progress, and has it been effective?

The monitoring process is a very simple one and it is just me communicating with each player on an individual basis.

Sri Lanka won the ODI series vs West Indies (3-0) under your coaching unit, and it did give signals that we are moving in the right direction, your thoughts on the victory?

I was really happy with the outcome of the 3 match ODI series against West Indies.

The players got just reward for all the hard work that they had put into their preparation. The impressive thing for me was to see the players take on the brand that we want to play and then the execution of their individual roles was very good, it just proves what can be achieved with planning, role clarity and belief!

With the ODI victory against the West Indies, the boys were looking forward to the England Test Series, how much you think we lost in terms of not playing that series, when considering ‘Moving Forward’?

It was really disappointing not playing the test series against England although this will be played at a later date.

I felt that our test team grew so much on our tour of Zimbabwe….this tour was very tough and we had to play very disciplined cricket to win the series because of the conditions that we were presented with over there.

We had just worked out a brand that we knew would be successful against all teams and I just hope that the momentum that we had built up will not be lost with our test team when we start up again...we have some very realistic goals with our test team and believe that we have now the players and game plans to have success both at home and abroad in the future.

Does this ‘isolation period,’ give you and the coaching team time to further enhance the analysis you’ll do on our team and players, and upcoming tours etc.?

This isolation period is giving us as coaching staff a time to reflect as well on the player plans, roles and goals that we have set for ourselves as a group. We are also looking at trends from around the world and analyzing all the opposition that we are going to play against over the next year. We as a group want to stay ahead of the pack and be the leaders not the followers in terms of coaching trends around the world!

We lost the T20 series against West Indies, and what is your assessment of our T20 future?

Our T20 side is still going to take some fine tuning and this was amplified against a very strong West Indies team that simply had too much power for us. I have been here before with the Pakistan T20 team and know what is needed, I think the most important thing is building a method to win games based on the resources that you have at your disposal and then making sure that the players are under no illusion as to what that method is based on our strengths.

Burials of COVID-19 victims allowed only after relevant guidelines